An Interview With Our Head Beekeeper | Local Honey Man

An interview with our head beekeeper

An interview with our head beekeeper

Read on for an insightful look into the world of beekeeping…

What’s your favourite thing about bees?

Honeybees give me an opportunity to learn something new each time I work with them, and that’s perhaps my favourite aspect of the job: it teaches me to accept that I will always be an apprentice. I believe that a Greek philosopher declared that one would need to reach the age of 3000 to know all about honeybees.

There are other joys: intimate contact with seasonal changes (I really do love Spring and Autumn), connecting with good people to work and think and sweat with, and the satisfaction of working with nature to produce an authentic product from scratch. 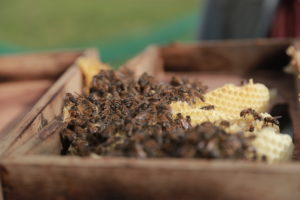 What first drew you to beekeeping?

One simple answer is that I love my father: his bees were bad-tempered and we ran from them, but I have warm memories of honey extraction and collecting swarms.

My occupations have had the same driver: follow an interest with enthusiasm, become skilled, sell it, but it took thirty years and two other careers before I re-connected with bees.

At school one break-time a group of us found a petrol lawnmower in a hedge; we managed to start it and took turns to cut grass. When the bell rang the others went to class, but I had a free lesson and carried on mowing. I recall looking at the boys sitting at distant desks and the great feeling of relief at my escape from imprisonment. That memory is a snapshot that led me away from the office routine and toward variable and engaging environments.

My art college training was in graphic design and I became an editorial illustrator until a recession put paid to that and I evolved into a gardener, building green 3D drawings across North London and (joy!) working outdoors. About ten years ago I was contracted to set up an allotment for high-rise residents in Walthamstow, and while I was working there the message went out: Our beekeeper has died; would anyone like to look after the bees?

A light-bulb from the past lit up and the rest is history: a few hives begat others until  double figures appeared, and a reasonable while later more hives than I could recall easily; honey money from farmers’ markets was ploughed into equipment, apiary sites appeared almost by chance and good conversation, and what seemed a hobby turned into a full-time occupation of pleasure (most of the time) that pays the bills (most of the time). 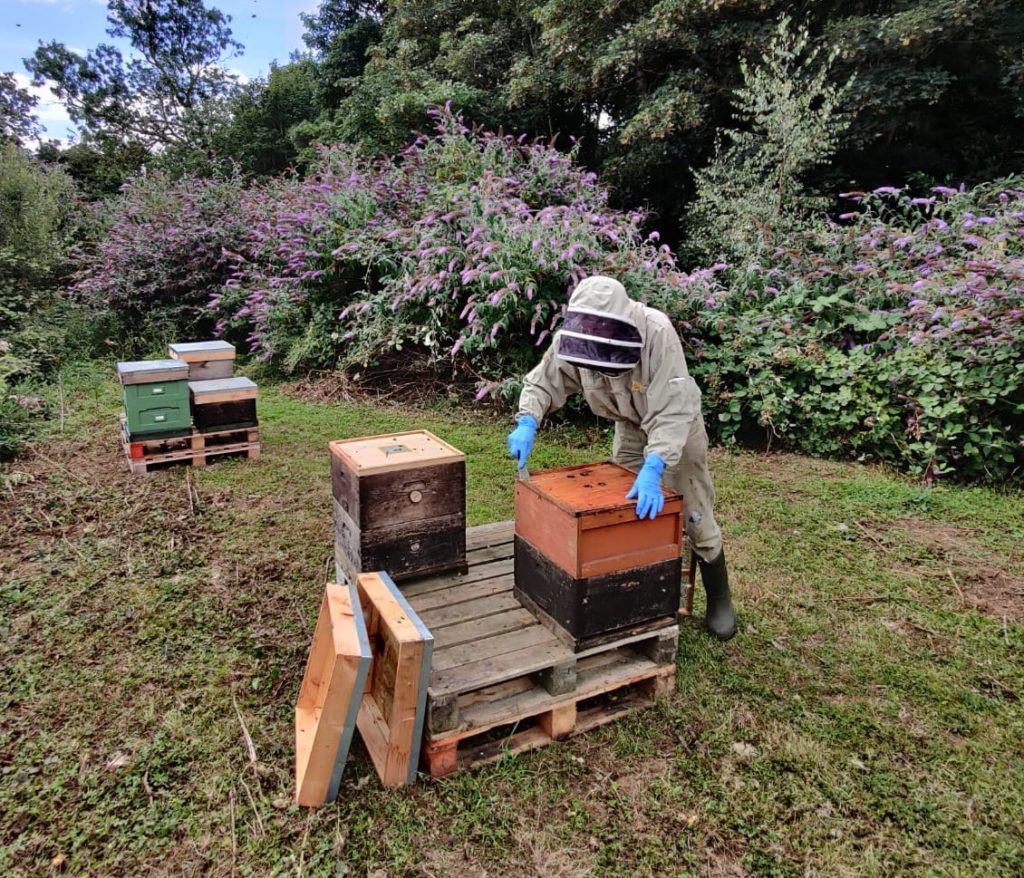 Heather honey wins easily because of its complex flavours, because it requires skill to get the bees to produce it, and because it’s a very regional and very seasonal honey. One year I bought a heather honey that tasted of marmalade: two tangy pleasures in one! 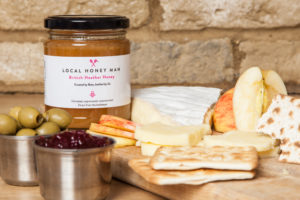 Have you noticed any changes in bee behaviour since the lockdown started, given the lack of people around and the drop in pollution levels?

Behaviour of bees evolved over 80 million years and they’ve seen it all: volcanos, Ice Ages, World Wars, environmental disaster and humanity at its best and worst; they accept or ignore it all and this latest human crisis is of no interest to them and has no impact on them.

Bees process and store honey and pollen knowing that they’ll use it to survive winter, and to that end they maintain a clean environment: a lid of wax seals each cell of honey and pollen is preserved with a glazing of honey.

Propolis – the sap of trees and shrubs – is antibacterial and antiseptic and bees collect it and coat all internal surfaces, including the wax comb, to maintain nest hygiene, so they are pretty resilient to whatever nature or humanity can throw at them! 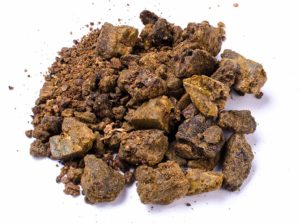 Peaceful and relaxed! We work twelve to fifteen hours every day from March to July and that means we’re on the road a lot, but this Spring we were able to travel easily: I drove for an hour on the A3 into London one April evening and saw six cars.

What usually happens at this point of the beekeeping season? Is this year particularly different, given the pandemic?

The image of beekeeping as a bucolic and dreamy pursuit is at odds with our reality: managing 150 colonies of bees in distant places needs mental and physical flexibility and we end the season younger and fitter than when we started.

However, this beekeeper’s battery now needs a 5am jump-start; daydreams pop up of that old pub in Norfolk that knows its crab; dew on boots tells of approaching Autumn; dread creeps in at the sometimes tedious job of honey extraction; how-to ideas for next season pop up despite fatigue (a beekeeper’s glass is usually two-thirds full).

Around this time we prepare the bees for Winter and make sure they have about 40lbs of honey to last them until Spring; we treat colonies with an organic product to kill the mite Varroa destructor, which would otherwise spread viral disease; we fit mouseguards to hive entrances; equipment must be sorted, cleaned and prepared for Spring.

In other words, not much different from any other year.

Click the image below to get your hands on a jar of Eric’s favourite Heather Honey! 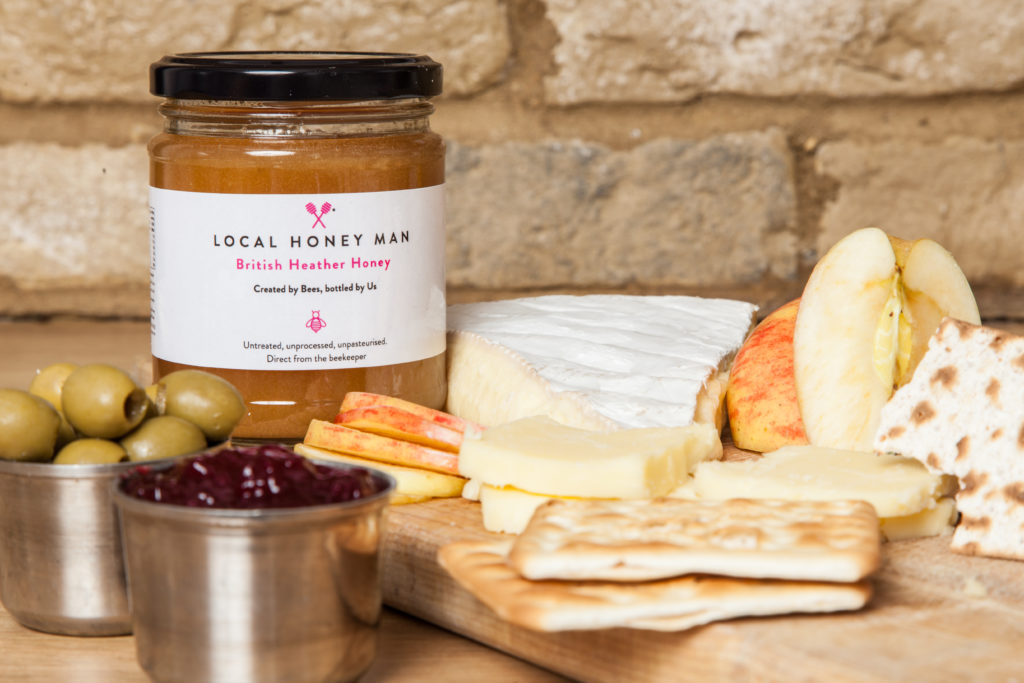 133 replies on “An interview with our head beekeeper“

This website uses cookies to improve your experience while you navigate through the website. Out of these cookies, the cookies that are categorized as necessary are stored on your browser as they are as essential for the working of basic functionalities of the website. We also use third-party cookies that help us analyze and understand how you use this website. These cookies will be stored in your browser only with your consent. You also have the option to opt-out of these cookies. But opting out of some of these cookies may have an effect on your browsing experience.
Necessary Always Enabled
Necessary cookies are absolutely essential for the website to function properly. This category only includes cookies that ensures basic functionalities and security features of the website. These cookies do not store any personal information.
Non-necessary
Any cookies that may not be particularly necessary for the website to function and is used specifically to collect user personal data via analytics, ads, other embedded contents are termed as non-necessary cookies. It is mandatory to procure user consent prior to running these cookies on your website.
SAVE & ACCEPT